My grandfather has a Lionel, O-Gauge train layout in his basement, to which he recently added two new sidings which run off the main table and over the back of the sofa. The problem is, the new sidings are on the completely opposite end of the layout from the power controls, and since they’re both “dead” (i.e. no power, so the trains on them won’t both run when you’re using the main line), to actually move a train from this siding to the main line, you have to go over and manually throw the switch and push the train out onto the part of the track that’s powered, then go back and power it to drive the train out of the siding. Once the train is on the main line, it will automatically throw the switch to the main line when the train completes the loop (the branched side of the switches automatically throw to prevent derailment), but to put the train back on the siding, you have to go back over and manually flip the switch again before backing the train into the siding. 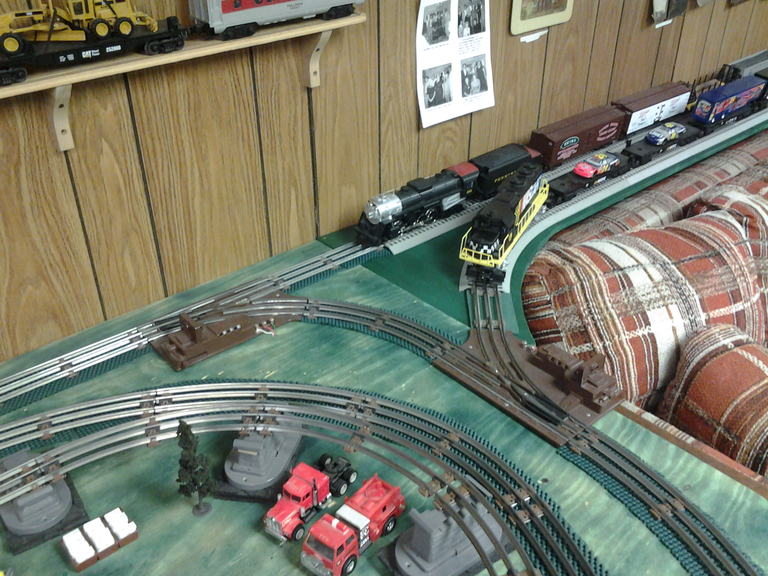 Below is (not to scale) what the entire layout looks like. There are three distinct sets of track. The outer track is the one which just had the two new sidings added to it; these are in the upper right corner. The middle track has multiple sidings branched into the center of the table on both sides of the “L”, and the inner track makes a bit of a lopsided figure-eight and crosses over itself and some of the middle track’s sidings on a bridge. 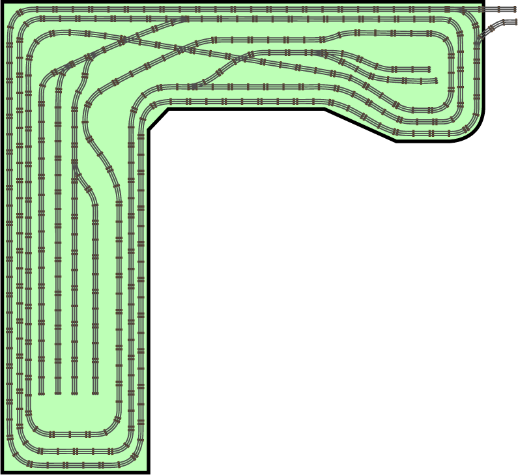 The switches themselves do come with autothrow mechanisms; they’re rigged to automatically trigger for trains approaching from the branched side of the switch. This prevents derailments from drains running into a switch that’s pointed to the other line. The way this works is by having two of the outer rails disconnected from the rest of the track by using a plastic “dead” pin instead of the regular metal pin. Then when a train runs onto the switch, its wheels complete the circuit from the left rail to the right rail, which activates the solenoid to throw the switch. (On normal track, such as that pictured above, the outer two rails make up the same conductor – they’re connected by the ties. The middle rail is the opposite pole of the circuit, and it is insulated where it is attached to the tie).

There are also three pins with screws on them where you can attach a big momentary toggle that comes with the switch for remote operation. The problem is that the normal switch toggle doesn’t come with enough wire to run all the way to the power control. Also a problem is that, even if you did run longer wires, you would still have to push the train out onto the powered segment of track. Since there are two sidings, both with locomotives which go into one main line, the sidings have to be dead or else both trains would run at once.

So my cousin and I ran two sets of three wires for the operation of the switches, and ran another pair of wires from the transformer to the middle rails of each of the sidings. To control which siding is active, we used a ON-OFF-ON toggle switch. One direction is the rear siding, the other is the front siding. The middle leaves both off for normal operation, once the train is out of the siding. Having an off position also allows you to run a third train while leaving both of the other locomotives on the track (my grandfather has lots of other trains on a set of shelves above the layout). For controlling the switches, instead of the bulky toggles that came with the switches, we used two pairs of buttons. 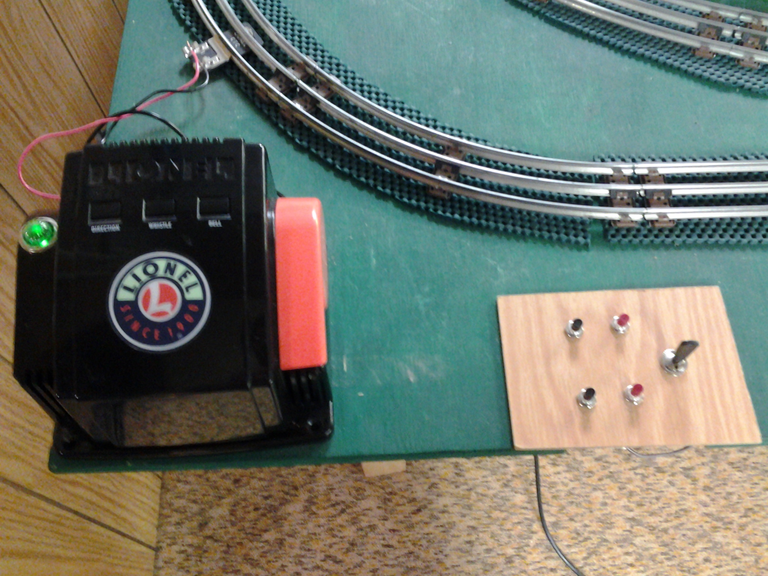 The initial wiring for this panel was very messy. When I first put it together over winter break, I had left my soldering iron at school (a six hour round trip away), and had to connect the wires by looping them through the rings on the button leads and taping them as best I could with electrical tape. The long wires running from the switches to the panel were made with solid core wire, so they were too inflexible to loop into the buttons, so I also made short jumper wires from some stranded wire to connect between them and the buttons. 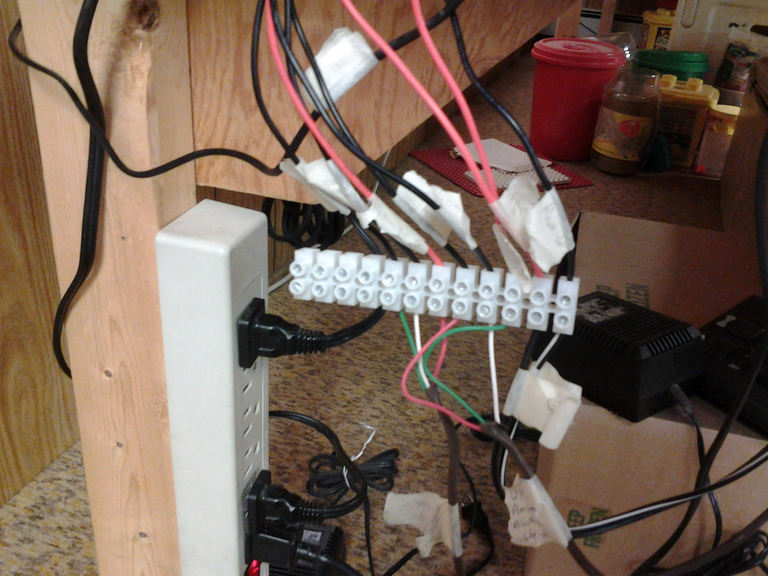 During this project, we also wired up four of the other switches on the middle set of tracks for remote operation, but we haven’t done anything about powering the rest of the sidings. Still, at least the farthest siding is now easy to operate from the main control panel. 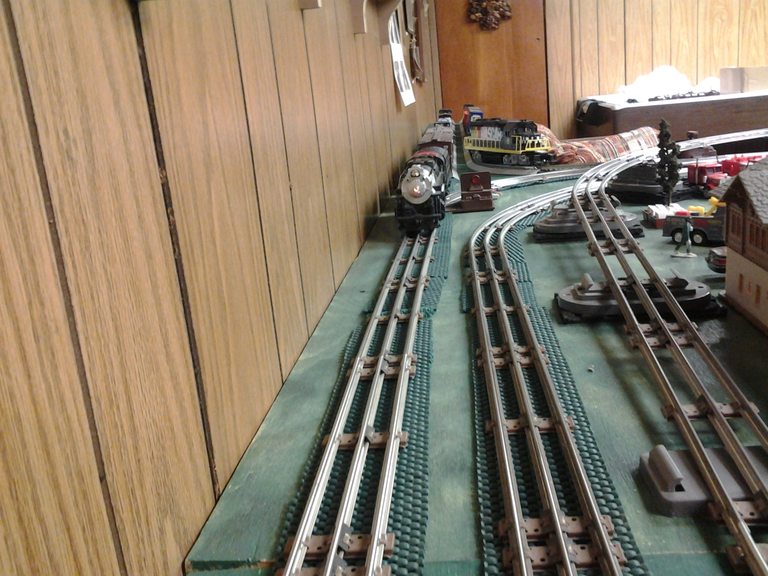